Get your copy of my latest book "Shouting and singing their way to heaven" with a foreword by Dave Lawton. It is written for those who may know little about Primitive Methodism. You can get a paperback edition or an online version (Kindle) by clicking on the links below.

Lessons from the Primitive Methodists: podcast

Steve Addison asks me questions about Primitive Methodism, how the movement began, how it grew, and what we can learn from them today.

Lessons from the Primitive Methodists

Book: Turning the World Upside Down: Learning from the Primitive Methodist movement
Posted by Dave's Blog at 12:16 PM No comments: 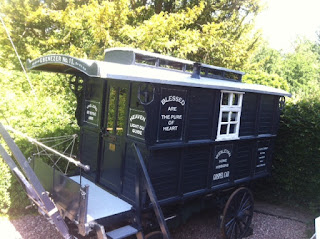 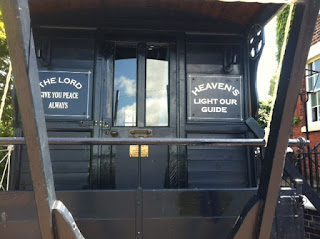 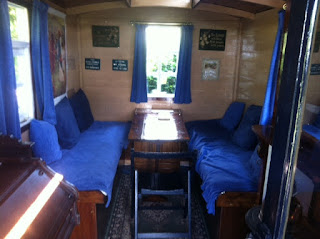 Here is the latest acquisition by Englesea Brook Museum: a one horse power Gospel Car, used to take the gospel of Christ to people in many different places. Inside to the left is a pedal organ.

The inscriptions are as follows:

For those with keen eyesight, you will note that it is a Wesleyan Gospel Car, not a Primitive Methodist vehicle.

What would the "Gospel Car" look like today? The answer is "the Caravan of Courage". I'll have more on this in my next post.

Get a free copy of the paperback edition

Get your free copy of Turning the World Upside Down paperback edition if you order by 02 August. This includes free delivery.

This offer applies to the first three orders. Click here or on the book to order your copy.

You must be resident in the U.S to qualify for this promotion. 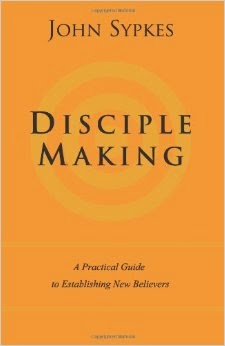 I highly recommend Disciple Making by John Sypkes. Jesus did not command his followers to make converts, but to "go and make disciples." This book is written after a lifetime of practical experience making mature followers of Christ, who in turn can make disciples. The process he maps out is

This is a hands on "how to" guide to fulfilling Jesus command to make disciples.
Available from Amazon in paperback and Kindle formats.
Posted by Dave's Blog at 11:31 AM No comments:

What we are learning from the Primitive Methodists - Part four

This is the last in the series of four reflections on what we are learning from the Primitive Methodists, in an Australian context, through Praxeis.

We are learning to reach the whole nation

Like the Primitive Methodists, we seek to make followers of Jesus (disciples) in the “harvest fields” of the people of this nation. John Benton was a pioneer and Travelling Preacher, who believed that Primitive Methodism should be allowed to go through the whole of England. He had a passion for the nation.

In Praxeis we are grappling with the Great Commission of Jesus to go and make disciples of all nations (Mattthew 28:19). For us this means the vast continent of Australia and the nations beyond. We are sending evangelists into the harvest fields of this nation of Australia. So far we have workers in places as diverse as Alice Springs, Perth, Melbourne, Western Sydney and regional Queensland, working with Hindus, Muslims, Sikhs, as well as indigenous Australians and secular Australians.

Here is a video clip of Ron and Paula Turner, who are committed to the people of outback Queensland, an area larger than France and Belgium combined. Their talk is called

Missions in the Madness: Clueless with Expectations.

Please pray for us in Australia. One of the early Dutch explorers called this country “The Great South Land of the Holy Spirit”. Pray that this prophetic word will be fulfilled, and that the Spirit of God will move across our nation, just as Primitive Methodism did two hundred years ago in England.

What we are learning in Australia from Primitive Methodism - part 3 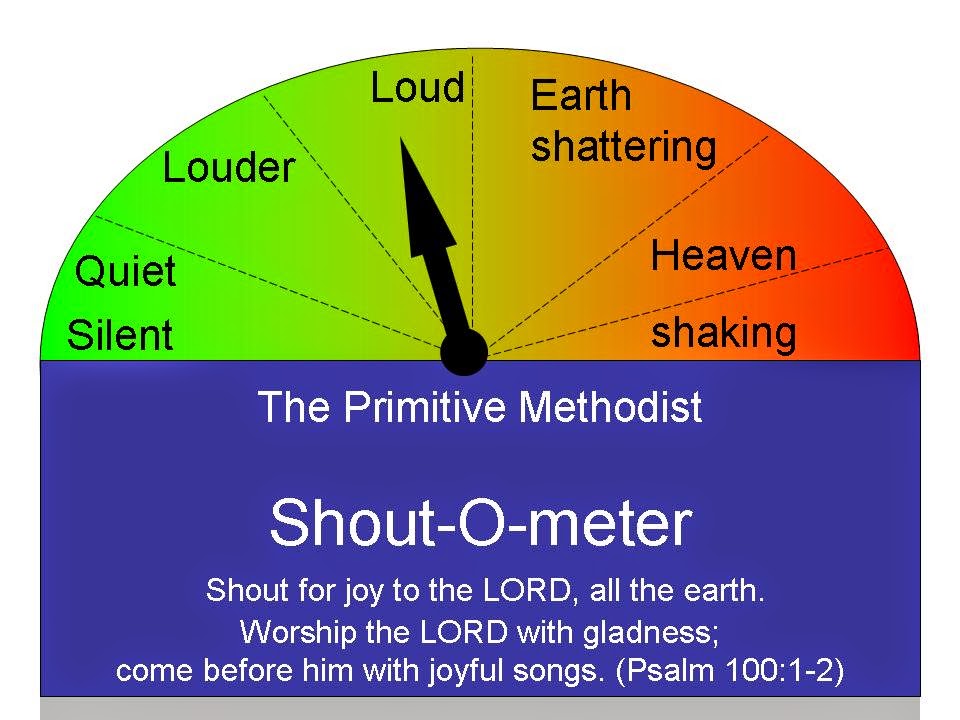 Praxeis is a movement based in Melbourne with a vision to reach the nation of Australia. Here is the third way that we are learning from the Primitive Methodists.

We are learning to shout

Shouting is a biblical form of worship. Many of the psalms exhort us to shout to the Lord (e.g. Psalm 100). It is a powerful way of praying. The early Primitive Methodists often had a shout as part of their prayer meetings, which were often so noisy that they were asked if God was deaf. Here in Melbourne, we have a shout at the end of an early morning prayer meeting each Saturday. On another occasion we had a loud shout with about eighty people present. After twenty minutes of shouting, it was followed by an awesome silence.

Shouting is simply praying out loud, where everyone prays in a loud voice together. We are learning that a shout is a valid form of prayer and worship, sadly neglected in our contemporary church.
Posted by Dave's Blog at 10:59 AM No comments: