A memorial to an amazing church planter 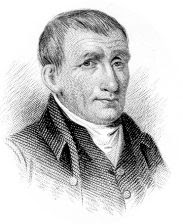 Hugh Bourne, the main founding father of the Primitive Methodist movement, died on Oct 11th, 1852 aged eighty years. More than sixteen thousand people (note that number!) lined the streets for the funeral procession between the town of Tunstall in North Staffordshire and the little village of Englesea Brook where he was buried.

At the funeral sermon, the Rev. W. Antcliff said this: “On the Cathedral of St. Paul’s in London, in honour of its illustrious architect, Sir Christopher Wren, there reads an inscription in Latin, the English of which is, ‘If you ask for his monument, look around.’ We appropriate the beautiful sentiment, and to all the inquirers for the monument of Hugh Bourne respond – ‘Look around!’

the five thousand three hundred and eighteen (5,318) chapels and other places of worship,

the one thousand four hundred and sixty three (1,463) Sabbath schools,

If he has not left behind him wealth and worldly glory, he has left what will survive them”

How about that for a monument and a memorial to a man of God? Let us pray that God will raise up church planters in our day and generation who make such a large impact on our world for Christ and the gospel. 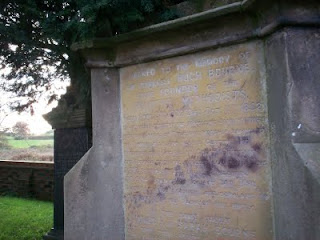